We're trying to use Shapes in world-space UI, e.g. for button outlines and stuff.

However, we're running into issues with RectTransform behaviours (e.g. fit into parent and such) and Shapes having an entirely own scale behaviour, not following the actual RectTransform.

Would be great to have an option to "follow" the parent scale instead of having to add scripts to make shapes actually have the right shape of a UI component they're in. 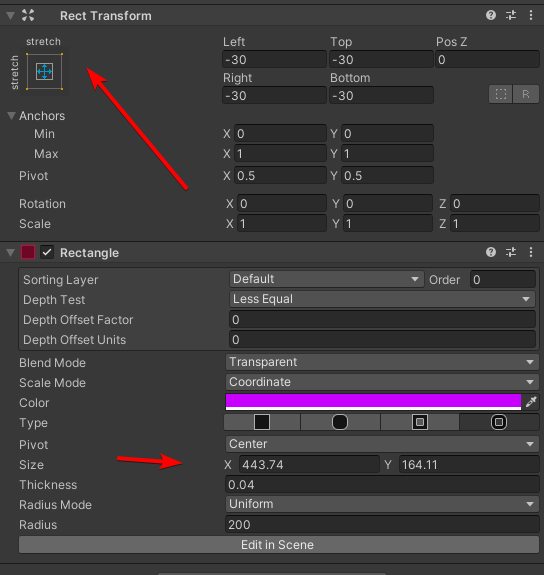 (I know, Shapes is not a UI library 🎨 that's why I flagged this as feature request not bug)

I made extensions for Shapes plugin. It is free and easy to use.

There are two modes FILL and FIT.